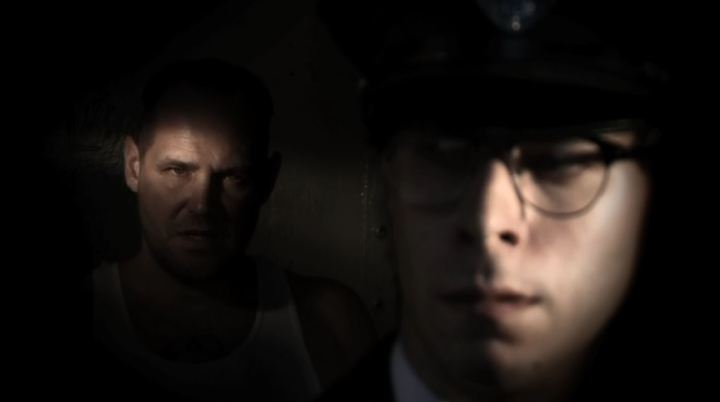 It should come as no surprise that the lives of some depraved souls are of great interest to certain sectors of the horror community. Spending so much time dealing with the fantasy element of horror, many also have their interest piqued by those horrors that are unfortunately all too real. Not only are fictitious pieces on serial killers a cheap and popular form of entertainment, so is true crime, the study of real-life mass murderers. For my own part, I do not count myself amongst this number. I never had much interest in true crime beyond the occasional morbid curiosity, which puts me somewhere far behind the people who watch the endless procedurals of fact and fiction on television. Which is why I find CARL PANZRAM: THE SPIRIT OF HATRED AND VENGEANCE so remarkable.

The exact number of victims that can be attributed to Carl Panzram is still up for debate. He confessed to over twenty murders including children, the forced sodomy of over one thousand males and numerous robberies and arson. As is the case with many convicted killers, he may have embellished those numbers. What isn’t up for debate is that Panzram was a monster, and most likely the first person to cop to that title would have been Panzram himself.

CARL PANZRAM: THE SPIRIT OF HATRED AND VENGEANCE is a documentary from John Borowski, who has made this type of film his specialty. I had previously watched his self-explanatory documentary, H.H. HOLMES: AMERICA’S FIRST SERIAL KILLER. I had also recently caught up with one of his most recent films, SERIAL KILLER CULTURE, about the people who continue to be fascinated with these rejects from polite society. I confess I was only slightly interested in these other efforts, finding them of higher quality than your typical History Channel documentary, but not very notable beyond that.

PANZRAM excels beyond these other works, and similar documentaries in the field, in the way it approaches its subject. Panzram knows what he is, and in fact views every violent, destructive act as a way to lash out at the world he believed created him. Raised in a poor and abusive household, he was shipped off to youth reformatories where he and other children were worked nearly to death. These were in between the frequent beatings, flippant punishments, rapes and a good dose of old-time religion to save his soul. The more Panzram was beat down, the more he wanted to strangle the world entire and he wrote on several occasions that he might have turned out differently if only he bad been handled another way.

Once he was locked up for good, Panzram forged an unlikely friendship with a prison guard, Henry Lesser. An aberration among others in the penal system, Lesser was as hopeful, understanding and idealistic as Panzram was nihilistic, violent and hateful. He encouraged Panzram to write down his life story and his thoughts, even though paper and writing instruments were strictly forbidden. For years, Panzram passed along his writings to Lesser, detailing a life of abuse inflicted upon Panzram, a cycle Panzram visited back upon the world tenfold.

This framing device gives PANZRAM a sense of humanity and pathos missing from most films of this type. There are no sappy Speilbergian moments of redemption. Panzram remained spiteful to the bitter end, right up to his last words. However, his relationship with Lesser does reach levels of respect and understanding Panzram would have most likely thought impossible previously. It also gives the viewer that rare emotional investment in the story, whereas similar films would have been content to simply recount the gory details of his crimes.

Was Panzram right? Was he turned into a monster by an uncaring and hypocritical world? If he was, could that ever excuse his actions? Borowski is wise not to give a definitive answer to these contentious questions. The writings of Panzram, and the story of his relationship with Lesser are augmented with experts, psychologists, historians and sociologists, some of whom refute Panzram’s claims. Borowski’s film remains objective in a way missing from most of today’s journalism. To deliver a neat package would be insulting to everyone involved and this is a film that forces the viewer to explore the possibilities for themselves.

CARL PANZRAM: THE SPIRIT OF HATRED AND VENGEANCE is a fascinating and thought-provoking look at a man consumed with violence and hate for everything in the world, including himself. It serves as a message that such hatred can be suppressed if not extinguished as well as a warning as to what might happen if we don’t learn from the angry spirits that Panzram unleashed upon the world. Highly Recommended. 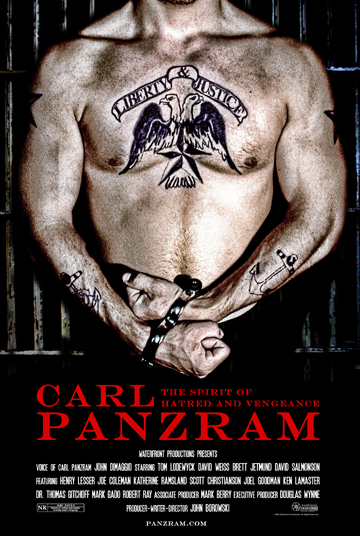 ABOUT 31 DAYS OF HORROR

For the month of October, I and a number of other people are taking part in the 31 Days of Horror Challenge. Each day in October, we watch one horror film and share our opinions through social media. Because my reviews tend to run longer than what they’re supposed to, and because I never know when to stop myself, I’ll also be posting my reviews here as part of Moviocrity.com’s revitalization efforts.