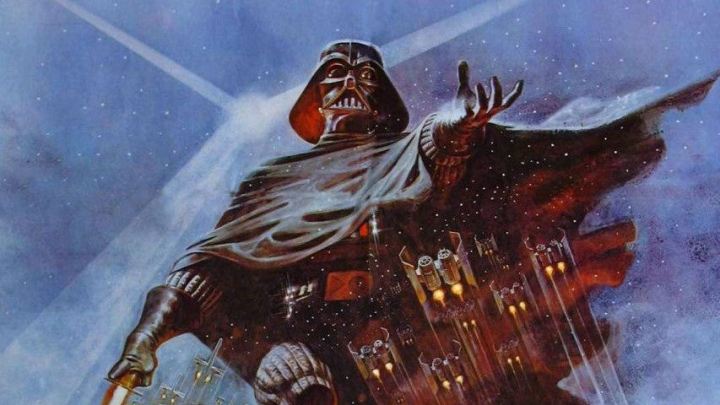 Get you thought you saw the last of this column, didn’t you? Well in truth, I wondered myself. But to be honest, I actually have a backlog of 1980 films reviewed and I still have more I was to explore. Let’s just say that the series won’t be as time-sensitive as it once was. To wit, I have updated the lead-in accordingly:

Time once again for GLORY OF THE 80s! Every week Whenever I can get my act together, I look back at the films people were rushing to see during the corresponding week, 35 years ago.

It used to be that the summer movie season didn’t actually kick off until Memorial Day weekend. This was around the time when most schools (at least the ones that didn’t have to account for snow days) started getting out. All the same the idea of the summer movie season was pretty new, so the market wasn’t dominated by blockbusters but tentpole films from every stripe.

We’ll get into plenty of the other films released during this weekend but I wanted to spotlight the big one in this article. THE EMPIRE STRIKES BACK was the biggest film of the year. Audiences anticipated it like no film that had come before and it had to live up to an unprecedented amount of hype. In this installment, we’ll look at the classic sequel, and also a short film that many lucky people in the U.K. also got a chance to see.

BLACK ANGEL – Sometime during the Middle Ages, a knight (Tony Vogel) returns to his homeland after serving in the Crusades. He discovers that his castle has been all but abandoned, his family is long dead and the only people milling about are riddled with plague. He swears to pursue the raiders responsible for the initial invasion. Along the way, he has a brush with death and thanks an ethereal maiden (Patricia Christian) for saving his life. He swears to repay the favor, but she tells him to forget about her for she is bound to the Black Angel. Believing it is his duty as a knight to protect the virtuous, he pursues the mysterious knight known as the Black Angel in order to free her from her curse.

I don’t typically review short films here at Moviocrity, as the many frustrated filmmakers whose work I swore to review can attest to (Honestly guys, I’m really sorry.). But BLACK ANGEL is something special. George Lucas commissioned this film personally. He put his art director, Roger Christian (who also helmed the pretty good THE SENDER and the notoriously bad BATTLEFIELD EARTH), in charge of its production. The idea was to have the film precede showings of THE EMPIRE STRIKES BACK in Europe and Australia.

Think about that for a moment. We live in a time where movies play on multiple screens. You are treated to ads, followed by the movie and then ushers who would like you to get out of there as quickly as possible. But this is a remnant of a time when going to the movies was a bit more special. My parents always told me of the days when they used to see cartoons, trailers, a newsreel and two features for a single price. Already by the time I was born, double features were starting to fade away. But as recently as 1980, not only did you get EMPIRE STRIKES BACK, the biggest film of the year by far. But you were also treated to a 25 minute short to whet your appetite.

It’s a process that sadly is no longer in practice, but what about the film itself? Well, BLACK ANGEL is awash in atmosphere. Every frame of this film evokes an ancient time and a mysterious journey. The film simply looks beautiful, especially now that it has been restored after being feared lost for many years.

Sadly, that’s about all it is. Early scenes of the knight looking upon his deserted castle and cursing himself for his absence are powerful. But once he begins his quest, there’s not much that’s special beyond the mere presence of the film. Set-pieces seem clichéd, even for a time before filmmakers were producing ambitious medieval fantasies. BLACK ANGEL is amazing to look at, but the story is lacking. It’s enough to intrigue you as a viewer, but upon its disappointing ending, you just want to get on with the show.  Barely Recommended.

THE EMPIRE STRIKES BACK – The second chapter in the original STAR WARS trilogy, THE EMPIRE STRIKES BACK starts out big. Darth Vader has the Empire scouring the galaxy for Luke Skywalker, showing a personal interest in the young warrior. Luke, Han, Leia and the rest of our rebels are stationed at a base on the ice planet Hoth. When Imperial troops do catch up with them, our heroes are forced to evacuate. Luke travels to the swamp planet of Dagobah to learn the Force from the mysterious Yoda. Meanwhile, his friends flee from the Empire, unaware that they are walking into a trap.

It’s not an exaggeration to say that at the time of its release, THE EMPIRE STRIKES BACK was the most eagerly anticipated film of all time. Three years prior, STAR WARS was a lightning rod. It seemingly came out of nowhere and audiences couldn’t get enough. Meanwhile, filmmakers around the world were scrambling, realizing that the world of film was altered forever the moment George Lucas’ space opera was unleashed upon the masses. What would the sequel deliver? Audiences were told it would be bigger, but what would happen? This was an era before anyone knew anything of this enormous universe beyond what was in the first film.

Naturally, history has proven that THE EMPIRE STRIKES BACK paid off. It was bigger and infinitely more ambitious than its predecessor. While STAR WARS started on a desert planet and took off to the stars, EMPIRE had our heroes hopping all around the galaxy, a new and exciting world around every corner. And then, there was the big revelation at the end, which once again rewrote everything audiences had been led to believe. I cannot imagine the level of shock that must have swept over those first people to see this film on the big screen (For myself, I first saw the film on its first re-release, long after everyone knew the big twist).

The basic mechanics that would remain throughout the STAR WARS trilogies was already in place. But Irvin Kirshner was also able to provide some of his own directorial flourishes that added suspense and enriched the world these people inhabited. There is nary a missed note throughout the entirety of THE EMPIRE STRIKES BACK. A sure sign of its enduring power is that in that of all the horrendous Special Editions that have become the norm for STAR WARS over the years, EMPIRE is the film that was tampered with the least.

Of course, there were certain alterations made. And it is not the alterations themselves but their effect on the film’s flow that causes the only demerit. Until we get a legitimate remastering of the original trilogy, untarnished by the 1997 noodlings, I would recommend tracking down the “Despecialized Editions, (pictured)” available on many torrent sites. It’s the only way the films should be watched.

This was a film that took all of the wonder felt by audiences three years prior and surpassed it. THE EMPIRE STRIKES BACK is the high watermark for this entire universe. There have been good and bad turns for the series over the years, but STAR WARS hasn’t been this awe-inspiring since. 1997 Special Edition: Highly Recommended. Original 1980 release/Despecialized Edition:  The Best.