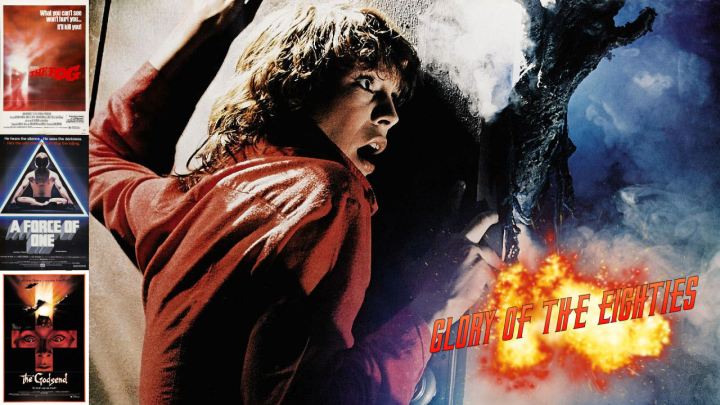 Time once again for GLORY OF THE 80s! Every week, I look back at the films people were rushing to see during the corresponding week, 35 years ago.

During mid-February/early March 1980, the Americans defeated the Soviets in what became known as the “Miracle on Ice,” hostages were being held at the American Embassy in Iran and through it all, people still found time to go to the movies.

This is the first GLORY OF THE 80s in a couple of weeks. The reason for the delay is that there were only a few films being released at the tail end of February. The biggest of these, CALIGULA, already got a huge write-up of its own. But once again, we’re getting a packed schedule. As such, I have decided that these articles are getting a bit crowded. So from now on, you might get an article every week, or a couple of times a week. Rather than pile six or seven movies in one column, I’m going to keep it down to a more palatable three or four per article. You will still get the same detail; it will just be a little easier to digest.

For the first of what will be two installments of GLORY OF THE 80s this week, we look at three big releases that were unleashed on the masses around this time 35 years ago. First up, we look at John Carpenter’s follow-up to HALLOWEEN, THE FOG. Then, Chuck Norris cleans up the streets of Santa Monica in A FORCE OF ONE. And finally, Satan continues to spread his seed in the British OMEN knockoff, THE GODSEND.

THE FOG – Just as the northern coastal town of Antonio Bay is getting ready to celebrate its centennial. Father Malone (Hal Holbrook) uncovers a document that sheds new light on the town’s history. One hundred years earlier, their ancestors caused the death of a leper colony and used the money stolen from the dead to build the town. The founders about to be celebrated are thieves and murderers who through their actions, put a curse upon Antonio Bay. Now, an ethereal fog has begun rolling in, a fog that seems to travel against the tide and glow with an eerie light. And indeed, there is something in the fog. Anyone unlucky enough to find themselves enveloped in the fog soon comes into contact with shadowy figures with revenge on their mind.

When John Carpenter directed THE FOG, he was the Next Big Thing in Hollywood. Two years prior, HALLOWEEN opened and smashed every box office record, becoming the most successful independent film of all time (This record would hold for over twenty years, until THE BLAIR WITCH PROJECT in 1999). It’s hard to know exactly what audiences were expecting for his big follow-up. But they probably weren’t expecting a leisurely paced, old-fashioned ghost story. So, when THE FOG was released, audiences were torn. Subverting the expectations of his audience and then dealing with the consequences is a pattern that would follow Carpenter for much of his career.

Fortunately, THE FOG has developed a cult following and it deserves it. While fans are quick to recall the action-satire of ESCAPE FROM NEW YORK, BIG TROUBLE IN LITTLE CHINA and THEY LIVE, THE FOG was released when Carpenter was firmly entrenched in the world of suspense, a world in which he is a master. A simple piece of driftwood helps deliver one of the biggest scares of the film and a woman alone in a lighthouse is the basis for a sequence that will send chills up your spine.

Carpenter stocks the film with an incredible cast of characters, appropriate since THE FOG is more of an ensemble piece than anything else he has done. Veteran actors like Janet Leigh, Hal Holbrook and John Houseman and joined by younger actors who have since become genre staples: Jamie Lee Curtis (Janet’s daughter, remember), Tom Atkins, Nancy Loomis, John Cyphers and in the film’s best role, Adrianne Barbeau.

In truth, THE FOG does drag a bit in spots. There are certain parts that could have been trimmed while others should have been fleshed out. But even though THE FOG is not one of Carpenter’s absolute best, its enduring quality is a testament to how talented this filmmaker truly is.  Recommended. 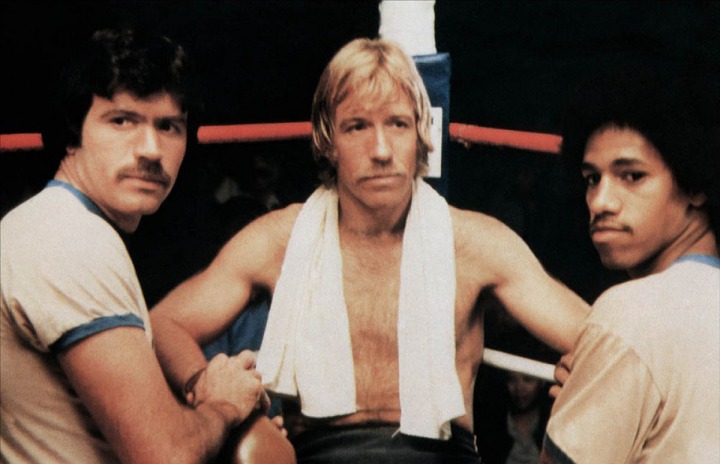 A FORCE OF ONE (1979) – A new drug epidemic is sweeping through Santa Monica. But when a couple of cops track down the source, they are beaten to death before they can tell anyone. Det. Mandy Rust (Jennifer O’Neil) suggests that the killer could be an expert in karate and it might pay to give the police a little extra training. Thus, the force tasks karate champ Matt Logan (Chuck Norris) to give the cops a few pointers. But when the world of drugs and murder is brought to his front door, that’s when Logan takes things personally.

A FORCE OF ONE was only Norris’ third starring role. He had made an impression in WAY OF THE DRAGON (a.k.a. RETURN OF THE DRAGON) and taken an interest in Hollywood. But finding the right fit for Norris was a taller order than expected. He was miscast as villains (SLAUGHTER IN SAN FRANCISCO) and in trucker movies (BREAKER! BREAKER!) before people finally lit upon what should have been obvious all along. Starting with 1978’s GOOD GUYS WEAR BLACK, Norris arrived as something novel, an American martial arts star.

Still, Norris was a long way from being an icon (he is actually billed under O’Neil) and A FORCE OF ONE feels like they were still figuring things out. But while you might expect this to be a random B-movie, there is actually quite a bit of pedigree in this production. The screenplay was written by Ernest Tidyman (THE FRENCH CONNECTION, SHAFT), though it would seem that it was rewritten to give Norris more to do. This might explain why halfway through the film, the narrative shifts so dramatically. A story about Logan helping the police as they track down a killer suddenly turns into an investigation as Logan wonders if there is a connection to his old unit in Vietnam. Then, things are altered even more when the film becomes a revenge story. All of this occurs concurrently with O’Neil and the rest of the cops trying to bust the killers and drug kingpins. By the end, A FORCE OF ONE feels just a little off-balance.

And yet, the film is more entertaining than it should be. There’s a great cast of supporting characters, including Clu Gulager and Ron O’Neal (SUPERFLY). It feels like a smarter film than it obviously is. It’s action movie nonsense and isn’t particularly focused. But A FORCE OF ONE is an entertaining action flick with a more natural performance from Norris, back from before he became a superhero.  Recommended.

THE GODSEND – One day, a family is walking through the English countryside when they are approached by a mysterious pregnant woman. Right away, something is off about her but they don’t think anything of it when she invites herself to follow the family back to their house. She gives birth in the middle of the night and promptly disappears. The family names the baby Bonnie and immediately adopts it as their own. But almost right away, tragedy strikes. Over the next few years, the family’s other four children begin to die in horrific “accidents.” Eventually, the father catches on, but too late.

THE GODSEND is based on a novel. But let’s face it; neither the novel nor the film would exist if it weren’t for THE OMEN. This late in the game production was released by the Cannon Group, but don’t expect to see the company’s signature stamp on it. THE GODSEND commits the worst crime possible: It is almost cruelly boring. The viewer is tipped off to what is going to happen from the very first scene and the film never does anything to veer from its inevitable, plodding course. There aren’t any scares in the film. Dealing primarily with the deaths of children, the deaths mostly take place off screen, so every time one of the family is picked off, it’s the same routine. Someone screams, a body is found, close-up on Bonnie with a menacing look on her face, repeat.

Perhaps there could be more suspense if the characters in THE GODSEND behaved like human beings. But the father repeatedly seems to react to the deaths of his children with mild alarm. The mother is not much better. Within seconds of discovering their mysterious houseguest is nowhere to be found, she is breastfeeding the newborn baby. By the end of the film, she has gone from fragile yet inattentive to hysterically irrational.

THE GODSEND is a terrible film. It’s the type of film where, should you be unfortunate enough to watch it, you should watch something else immediately afterwards. It’s the kind of bad that can put you off more deserving movies.  Awful.

That’s it for this week, but I still need your help! If you have any newspaper ads, clippings or information about 1980’s release dates in some area of the country, please send me an email at moviocrity@gmail.com. I will try to incorporate them in the series. Remember, we only have data on a couple of areas of the United States but are always looking to get as clear a picture as possible. You can help!

ALL OF THIS AND MORE, NEXT TIME IN GLORY OF THE 80S!