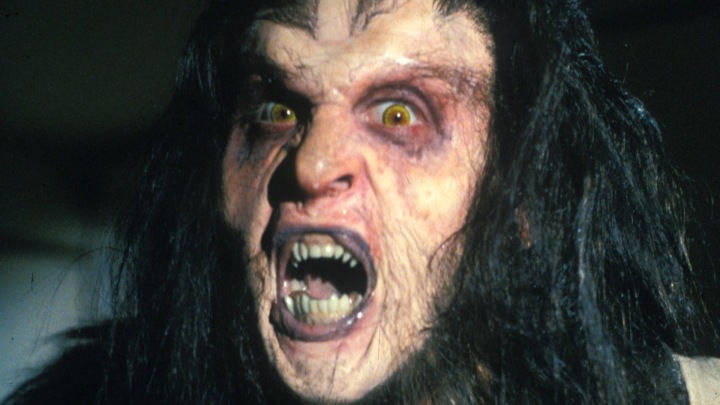 Every year, Derrick Carey’s Astro Radio Z podcast looks at an entire film franchise from beginning to end on a multi-episode journey through that series’ evolution or degradation. In 2014, they looked at all 13 WITCHCRAFT films (and three more have been filmed since then, so expect a follow-up episode someday). In 2015, it was Rick Sloane’s VICE ACADEMY series, in which I was a bit nicer to the movies than the rest of the crew. And in 2016, the focus is shifted towards the HOWLING films.

On this second episode of the three-part epic, the ARZ crew looks at the middle three HOWLING films – that’s HOWLING IV: THE ORIGINAL NIGHTMARE, HOWLING V: THE REBIRTH and HOWLING VI: THE FREAKS. It’s also the first time we ask, “Who the hell is Clive Turner?” This is a question that will ufortunately be addressed again in the next installment.

On this episode, Carey is joined by Angelique Bone, Glenn Buettner, Mark “the Movie Man” Krawczyk, Seth Poulin, Andrew Shearer and me, of course. The show isn’t for the kiddies and there are spoilers, so be warned.

As of this year, ARZ is on YouTube so there are two ways to listen. I’ve embedded both links for the curious. And if you haven’t heard the first installment, you can check that out HERE.

Hope you dig this look at three obscure but persistent werewolf flicks that are actually pretty shy about showing off their werewolfery. And be sure to check out everything else on the Astro Radio Z Network!